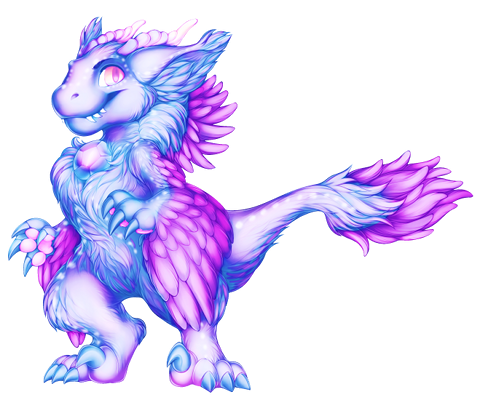 Theme
In the corner of your vision, you see a flash of iridescence. Follow it.

You say goodbye to the smilodon and quickly turn towards where you thought you saw the flash of color. You head off almost immediately, hoping that the person you’re leaving behind doesn’t do anything related to her silent threat. Thankfully you’re allowed to leave without issue, so you step out of the clearing and into the forest.

You don’t see the iridescence again, but even still, you somehow know where to go. You take a twisting path under felled trees, around clumps of bushes, and over fallen logs. As you venture further among the trees, you notice something odd. You’re heading deep into the forest where it should be nearing pitch-black thanks to a tightly packed canopy of branches. However, it seems to be just the opposite. The forest gets lighter and the trees even thin out a little. The ferns and bushes, which should be covering almost every inch of the ground, are giving way to a carpet of moss. It’s strange.

But the strangest of all is the growing fog. It smells almost sweet, and if you focus, and can see that it’s tinged pink. However, with each step you take, it gets harder and harder to do that. You mind seems to be filling with the same fog that permeates the forest around you, but you can’t seem to bring yourself to care. Why should you? You’re…

Normally you would startle at the voice. Now you slowly turn towards the source. There’s a gem raptor, colored like cotton candy with a sweet smile to match. She holds herself with the air of a friend, and you realize that she is a friend. You haven’t seen her before, you don’t know her name, but she was always meant to be your friend.

“Shhhh,” she murmurs, moving to cup your face. “No more thoughts, sweet one. Faela will take care of you.”

Yes she will. She’ll be your friend. You don’t need anyone else, no one but her…

Her smile widens to reveal rows of sharp teeth when a dark red mushroom suddenly sprouts out of the ground between you two. It lets out a burst of spores and you stumble back, coughing violently. You hear Faela do the same. When you finally settle down, the mushroom has already withered but you find that you’ve suddenly regained your senses. The raptor finishes coughing soon after and straightens up, glaring at the mushroom and cursing a name you don’t know before turning a wild gaze towards you.

You don’t know if you should. On one hand she could just be lonely, so she might be better about things if you promised her that you’d stay. On the other, you really want to turn tail and run back to the clearing.
Part-time crafter
Paintie made by MorbidPuppy!