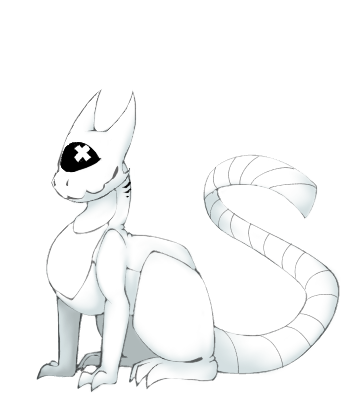 Azelix belongs to a species known as the Voidwatchers. As their main scientist, they conduct all sorts of research into all sorts of fields; quantum physics, biology, astronomy, you name it.

Voidwatchers are shapeshifters born from congregations of a certain kind of energy that is found most abundantly in the Multiversal Void. They can change their form by harnessing their own relativity, reverting to an energy state for a fraction of a second, then reforming into whatever it is they wanted to be. Of course, they aren't very versatile; most usually have 2-5 forms they shift to on a regular basis as anything else is difficult to maintain. Azelix in particular has 3 forms.

GALLERY
moved to a much neater sta.sh folder, here.
link to the artist in the desc. unless the artist was anonymous or I drew it myself!