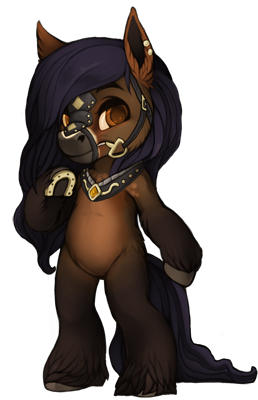 Darksoul is a sweet horse, but he is difficult to get through to if he doesn't trust you. If he does trust you though, he has an extreme sense of loyalty. He isn't particularly fast, but he is extremely powerful and weighty. His size makes him a difficult horse to beat in a battle. Also, because of how thick and heavy he is, agility is not his strong suit. However, his endurance is definitely difficult to compete with.

THANK YOU SO MUCH FOR ALL THE NICE COMMENTS!!<3
I cannot reply to them all but I really appreciate it, it means a lot to me that so many people like Darksoul <3
(Also yes lol, his name is a reference to Darksouls.)