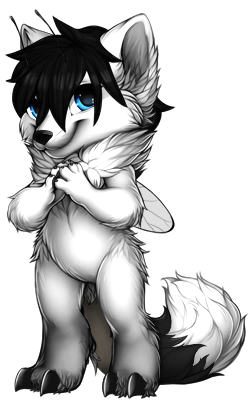 Lunney is a laid back fox-bee hybrid. He doesn't tend let things get to him, basically to the point of complete apathy. He also doesn't show a very high amount of interest in anything, even things he enjoys. However, he's patient with others and protective of his friends but has an explosive temper when pushed too far, though that in and of itself is a great feat to accomplish. He tends to play down his talents will never actually say he's 'good' at something even if he is.

He has an odd obsession with the morbid or otherwise creepy and/or unsettling, hence him making his home in Dragonsmaw. He'll go out of his way to get close to an investigate things that others would deem too appalling to even approach. He especially loves analyzing animals, insects, and plants.

bonus info: he's my fursona so hurrah, you just got a description of me and why i chose dragonsmaw