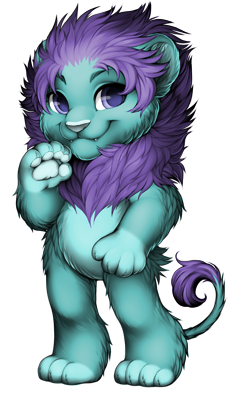 "Why is he named Nachtsaft?"

Nachtsaft is kind of a play on words! I couldn't remember how to say berry in German but I remembered "juice" was "Saft" and his name before he got turned into a lion was "Nacht"; because "Nacht" means "Night" in German and he was a starry Wickerbeast... So since he already was a doctor I thought..."Why not Nachtsaft" as a pun on pharmaceutical+alchemic "Nightshade" being made into a potion.

It only became more ironic that now I realized more meaning to his name - that nightshade is commonly used for poisons but poisons and venoms can be used to make antidotes which kind of makes it like.... Another decent symbolism of the 13th Zodiac (Oh wow stars??? Night??? Yikes too much!) "Ophiuchus" which is known as the serpent bearer has the same ideology upon modern medicine why the pharmacy symbol is the snakes! The symbolism behind the pharmacy sign is that while a snake's venom can kill you, it can also do good things for you.

So.... He's a berry lion with a berry disturbing secret to all of life's mysteries.