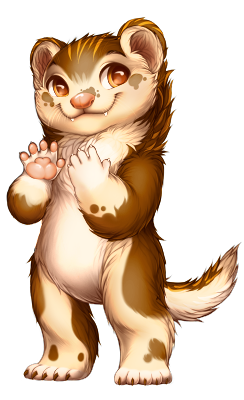 Finn is a fairly large and heavyset weasel, but moves with an agility not known for those of his weight. He's admired for his strength, kindness, and loyalty to his family and friends. His hobbies are fishing, whittling, and lure-making, but his priorities are taking care of and raising his adopted nephew and niece, Ferris and Fern.

Finn is one of the only family members that knows about his cousin Farley's werebeast curse.