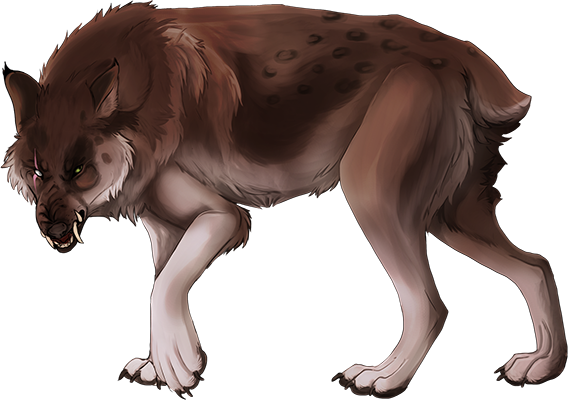 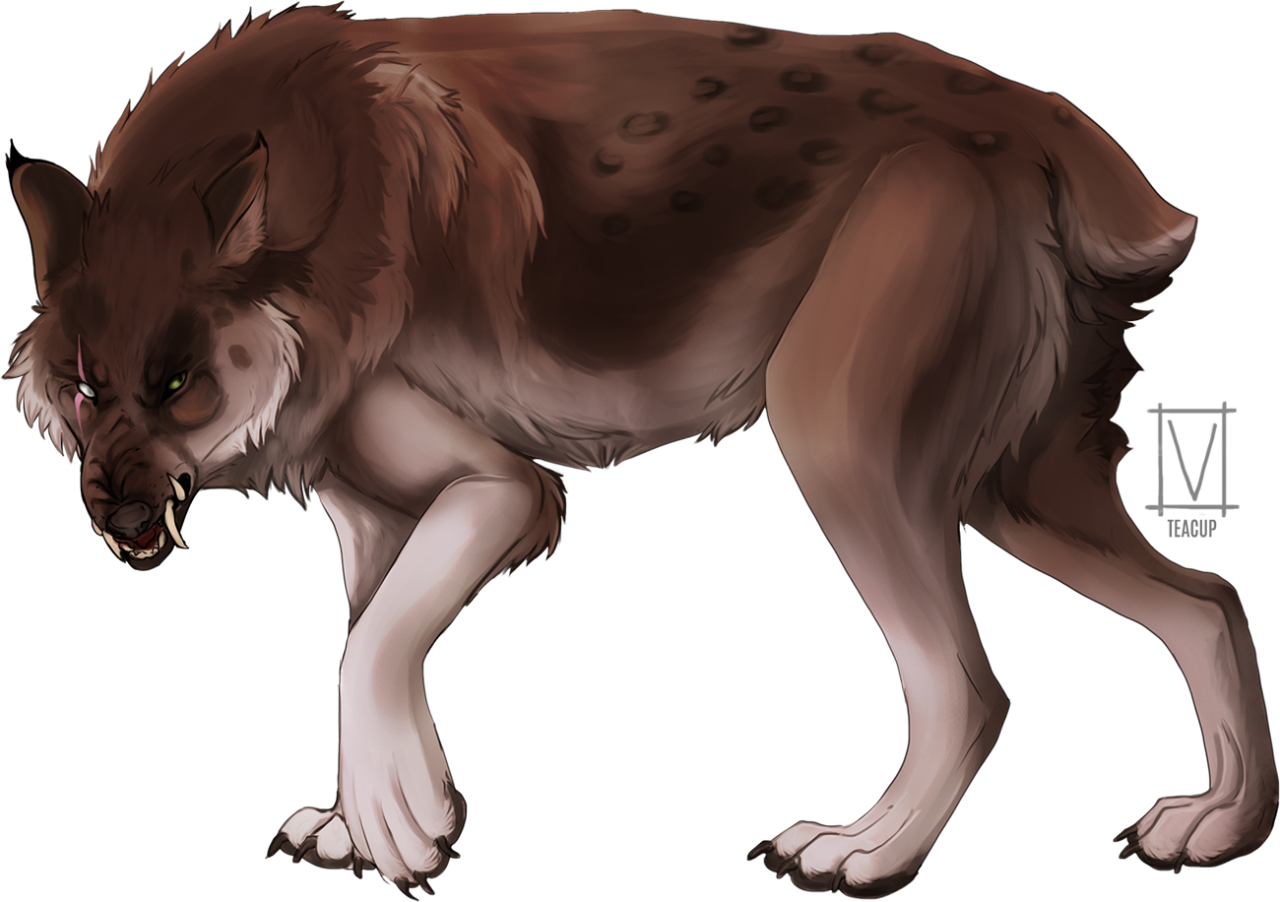 Short coated Svoleten
• Average 120 - 140 lb
• The Average pack consists of 6 - 11 animals.
• Bigger teeth, visible.
• Uncommon subspecies of Svoletens. Found in temperate forests and rough mountain areas, with tall trees and bushes.
• Dense and short winter fur, with underfur and short coarse guard hairs. The coat colour stays the same throughout the
year, but it may be speckled with white in the winter.
• Their coat features tear-drop shaped dots with darker rings.
• Their eyes range from yellow to green, but may be speckled with blue/green.
• Their diet consists mainly of herbivorous mammals in the area they find themselves. Due to their large size, they often bring down full grown moose with help from their pack.
• Feature short, stubby tails.