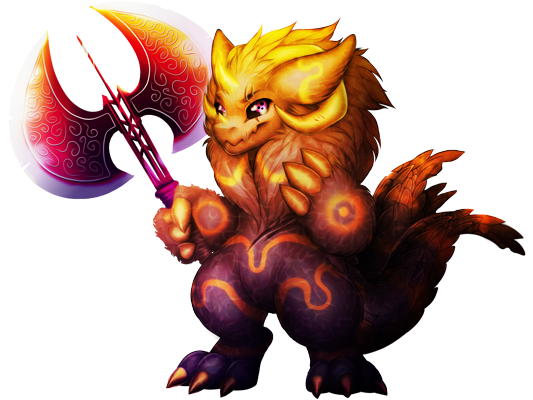 Adelais was formerly a wanderer before finally settling down in this village. She's not a very nice beast and is more at ease smashing the hell out of the local monsters. Adelais is no happier than when she's facing the largest, nastiest monsters she can find in the area. The only thing she's really seen to show any affection for is her Doge, Mallow. Her current role is teacher to the several young warriors ambitious enough to seek out lessons from this particularly harsh wicker. Despite her cold demeanor she seems oddly protective of her apprentices....