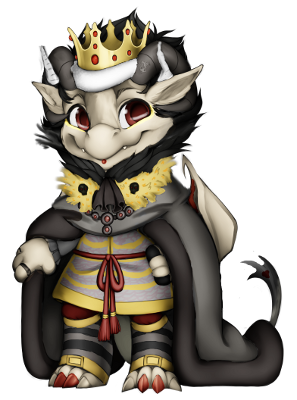 ♥; Aurora Savage (his wife), Naomi Savage (His older sister), his parents: Elizabeth and Alexander Savage, Sebastian and Viola (His first two children, Lucius and Uri (His younger siblings), His many, many other children, being a king, his best friend (and technical concubine): Acacius Aurelius.

~~~---~~~
Ian Savage, a royal Incubus of the Savage royal family, over 100 years old, turned King at the age of only 18-19 years old. He attended several etiquette classes, several academic lessons, and several extracurricular activities (dancing, music, etc.) to the age of adolescence, to prepare him his future kingship. He met Aurora Orihara in his endeavors of high school on the Surface Realm, and quickly fell for her. He feared his parents would not accept someone of her servitude, but, due to her extended family's reach in Hell, his parents accepted her graciously.

On his 18th birthday, he had to endure severe torture involving hair ripping (the Savage family's long hair is considered a beautiful treasure) and Angel's blood, as he was kidnapped by the once high royal Aurelius children. His old friend Acacius aided in his escape and recovery, keeping his feelings for the prince hidden.

Eventually, Aurora and Ian married, and had their first children, a set of twins they named Sebastian and Viola. Aurora discovered her love of being an expecting mother, and Ian could never say no to her wishes of more children. Acacius showed up to them after another kidnapping of the now King Ian, helped to rescue him, and let his feelings known, regardless of what the response may be. Ian and Aurora accepted him into their relationship happily, grateful he could be on their side.