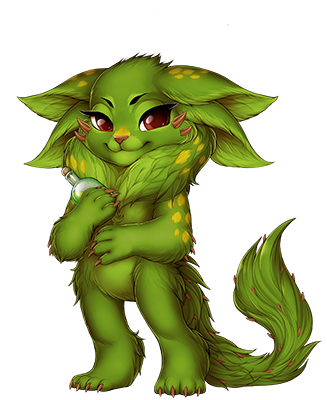 Paolla is infected with Vampirism. Symptoms include craving blood, sensitivity to sunlight, an allergy to garlic, and changing into a bat after especially forceful sneezes. If they start to sparkle, immediately consume a Golden Apple to cure the infection. 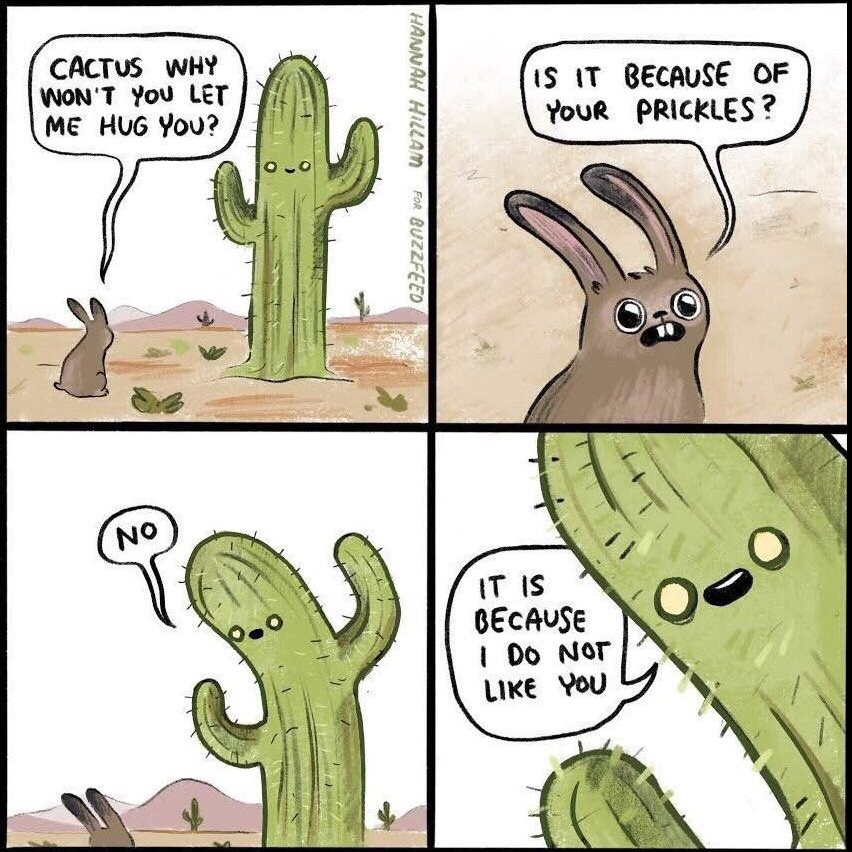 The cactus cat is a legendary, fearsome creature that dwells in the deserts. They are generally described as being small cat creatures covered in hair-like thorns, with particularly long spines extending from their legs and tail. They use their spines to slash cacti at night, allowing the juice to run from the plants. On especially cold nights, the cactus cat returns to drink juice. After drinking the juice, cactus cats will sing all through the night- though many describe the singing as shrieking and wailing. They are very territorial creatures, being very hostile to animals that invade their territory. Animals that cross them often end up with a face full of catctus spines! To avoid the harsh heat of the desert, they carve out the inside of giant cacti and siesta through the day. They eat bugs and cactus meat, and drink the juice to stay hydrated. Cactus cats are immune to scorpion venom and often hunt them as a midnight snack!

Paolla, like any cactus cat, is rather unsavory when unknown individuals come near her cactus home. She is very fond of brewing potions of cactus juice and cooking tasty treats like cactus kabobs and cactus fruit candies! She's often very bitter and nihilistic, even around those who are daring enough to call her a friend, but she's very loyal to her compadres. It takes a lot of work to shake a cactus cat once they take a liking to you! 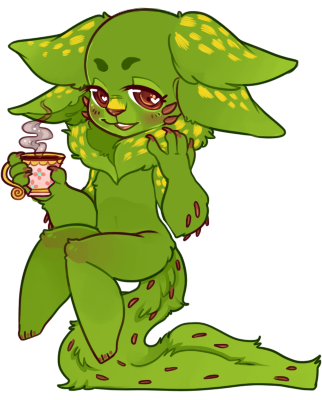