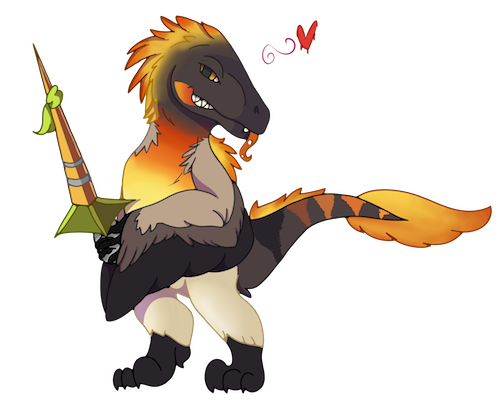 "She wound the thread around the pieces of my B R O K E N heart."

A well respected and sophisticated raptor that enjoys being the bearer of big pranks. He has a large affinity for a certain dragon, and isn't the type to be shy about it. Too bad she's all too oblivious and takes him as a joke.

Cardinal teaches Creme on his free time. As a novice, he teaches her all his best battle tactics and how to win in fights. He often leaves out the part that every tourney, he runs from higher enemies like a crying baby. Creme doesn't need to know that.

Skele boy was found during the pre-DMM warrior event. Cardinal picked him up and liked him so much that he wanted to bring him home. He may not be a rare pet. but Cardinal loves him just the same.

All of my villagers symbolize something.
Cardinal symbolizes
D E N I A L profile fade in and logo bounce by noll