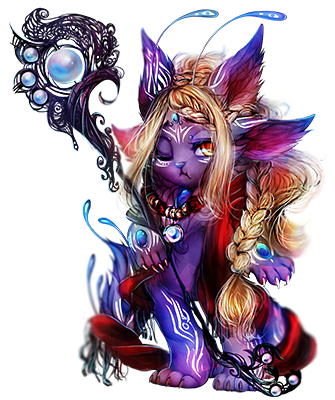 Personality:
A sleepy alchemist, Rieza has a terrible habit of staying up far too late mixing potions and studying and then having no energy left for anything else. Though incredibly smart, a genius even, she tends to be absentminded with her head in the clouds, rarely paying attention to what's going on around her; whether it's because she's contemplating new recipes to try, or simply exhaustion, no one knows. Pretty laid back and go with the flow in general, Rieza isn't one to stir up trouble, unless it's an accident (she has been known to blow things up on occasion) and she generally doesn't understand the need to be up tight or over dramatic for any reason. Though, she can be grumpy when woken up.