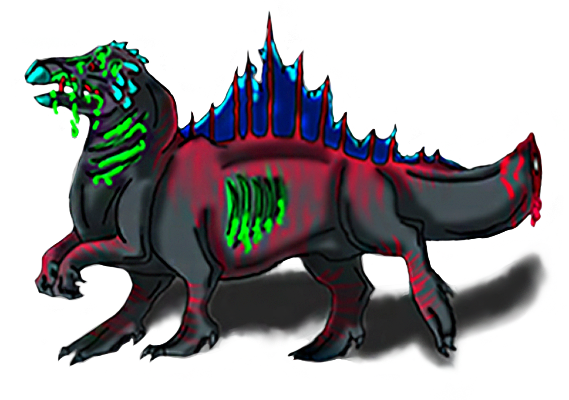 Bob no longer has a house! They will be unable to work. Please replace the house or move Bob into a FC slot.

BOB, as we call him, is a friendly giant and loves nothing more than to study his alchemy. He may look tough, but he doesn't bite....I don't think. We aren't really sure what he is...or what the green, glowing ooze that flows from his...gills?....breathing slits? is either...but apparently it helps him in his...potions. Apparently his last creation ended up biting the end of his tail off...or that's what he says happened.

BOB also loves peaches....just peaches....give him a peach and see what happens.