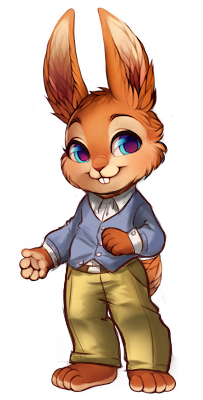 Martin no longer has a house! They will be unable to work. Please replace the house or move Martin into a FC slot.

Likes: tea, collecting artifacts, folk music, reading
Dislikes: routine, needles, alcohol
Theme song
Since graduating from the university with a major in journalism, Martin was quick to land himself a job in Quetzal Palace as a reporter for the local newspaper. Where he did enjoy the company he worked for, finding any stories that piqued his own interest in Quetzal Palace was a difficult task. Motivating himself to write was torture as none of the stories really had much desire in his anthropological perspective.

Eventually, after writing many incredible articles of the mundane, Martin was promoted to a higher position in his job allowing him to travel. He moves to the quaint village of Olde Foxbury, receiving a sudden culture shock as his city-like disposition clashes with the country life. Inspiration from the nature took a positive turn in his motivation to write -- and boy did it show! Martin now lives in Olde Foxbury permanently, exploring the land and recording it's wildlife while still sending articles to his editor in Quetzal Palace.

Maggs
The first time he saw her was a couple weeks into his move. Martin had offered to forage for seeds for the herbalists, and upon entering the underbrush of the woods he finds a rather sheepish looking doe. It was obvious he had disrupted her, and upon further discussion he finds out she had only been "meditating". The doe seemed sluggish in her action, but she offered to help him forage. Martin was doubtful as she seemed nonchalant about the situation, but the doubt soon left him when he was led directly to exactly what he was looking for. Martin later learns that she considered herself a witch of some sort, and would often come to visit her. He genuinely is interested in her company and would often try to discreetly help her with her crippling depression by keeping her company and giving her incredible support.