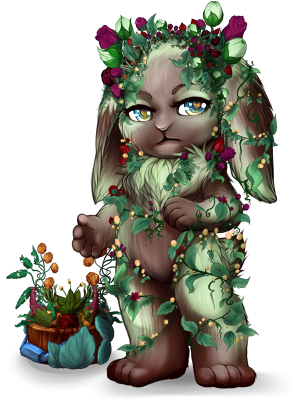 Iris, Female, Straight, Farmer
The local farmer born and raised in the village. She has never left her small town. Her farm is originally inherited from her parents, who in turn, inherited it from their parents. Iris grows much of the food that sustains the village, Fairbridge. A portion always goes to the mansion to support the local Baroness. She doesn't make much money and is almost always complaining about everyone and everything. Her dream is to move to the city and find some one to take care of her so she no longer has to work. However, she never will due to the fact the farm is extremely precious to her even if she would never admit it. She's secretly worried that she can't find a boyfriend because how rough her hands are, but it's more due to the fact her personality is abrasive. Every season, her appearance changes to match her surroundings.