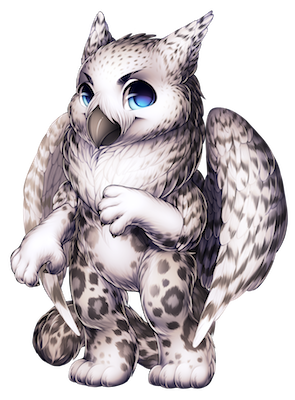 Cameron Vick, commonly known as Creme, is another Snowy Gryphon from the souths of Tigereye Peak.

He's spiteful and stubborn so as the co-owner of Thin Bell, he's an awful enemy to have since the location of said bar is part of an important travelling track. Especially if you happen to get lost around/in Oceandome's forever-changing borders.

Despite this, he's a trustful gryphon and more often than not, seen swimming around the grounds of Oceandome with the Bar Mascot, scavenging the borders for sparkling gems and seed pouches.