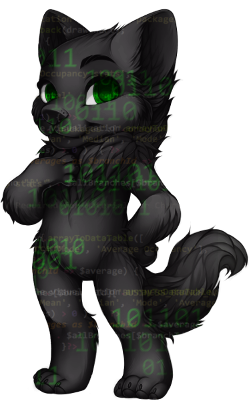 Null no longer has a house! They will be unable to work. Please replace the house or move Null into a FC slot.

Null is a being that simply.... came into existence one day, emerging from a corrupted hard drive and moving as a benign virus, moving through network after network, gaining strength. When he was strong enough, he emerged as code and void. He's rather kind, although a bit intimidating to approach.

Sometimes accidentally possesses other villagers. If another one of my villagers leaves a comment somewhere in Zalgo, it's Null. He really doesn't mean to; it just happens.