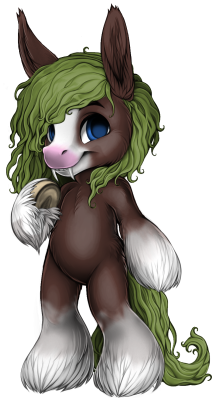 "where has brother gone?" the little female Kelpie asked the elders.
"he was unwise and was caught by his food. learn from his mistakes and never wear a bridal.." the elder replied and left her to her thoughts.
years passed and the little mare still wondered about her brother.
Even though they were of no relation to each other he had looked after her and he was the only one who ever cared for her.
Now the elders decided she was of age to go out into the world and claim her own home.
Into the world she went looking for her brother and soon she heard tales of demon fights in the mountains. The best was a Demon Horse that sounded a lot like Brother.
When she got to the location she found he had been sold to some random bear.