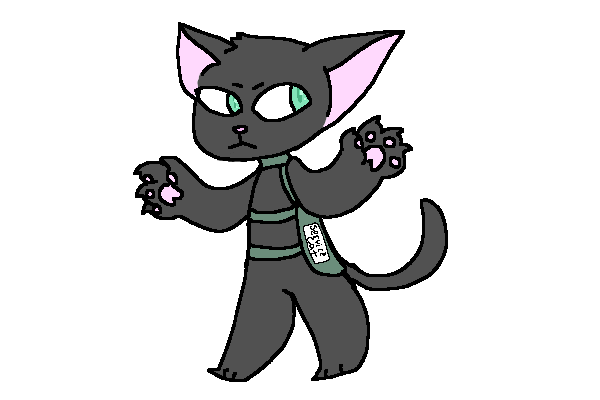 Kaiser is a demon trapped in the body of a cat by a mage named Rico. He and Rico eventually became good friends, and Rico left him to live with Manitka while he and his mother moved.

Kaiser didn't get along with manitka at first, finding her to be childish, but he warmed up to her after awhile. He helped her get out of a bad situation and stuck by her side from then on.

He's certified as a service animal and helps Manitka with her anxiety and depression. He almost always sleeps in bed with her to help when she has nightmares.

He considers himself straight, but he may find himself attracted to nonbinary/androgynous people like manitka. He has experimented with a same sex relationship with Haizou, but it didn't work out and the two remain close friends.