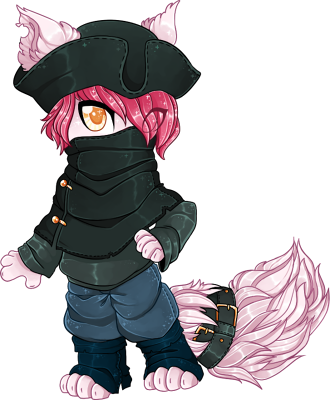 No one quite knows where she came from, as she won't say it herself, though she alludes to the idea that she's not quite from this world... Either way, her skills as a warrior are valued.

Illythana's paintie is loosely based on my Bloodborne character of the same name. I had taken care to remove all Bloodborne-related elements from her design(s) before commissioning this paintie, as well as change some aspects of it.