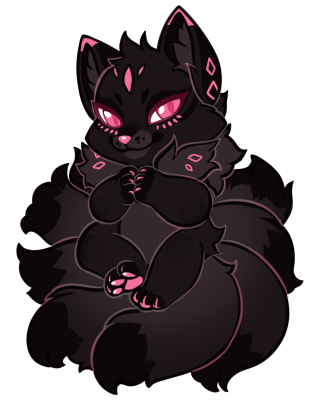 if you plan to read saelihn's lore, i recommend playing the soundtrack below to immerse yourself!

DISCLAIMER: Saelhin's a ori-inspired headcannon oc set in the same world depicted in Ori games such as Ori and the Blind Forest & Ori and the Will of the Wisps. Bringing her to Furvilla is because of her teleportation powers. But reading on ahead may contain spoilers of the games. Divert now if you plan to play the game. Using information and lore of Ori is for personal entertainment and creative purposes, as there's no commercial use here.

Saelihn is a unique spirit residing in Nirwen who helps carry the light towards the darkest parts of the forest, giving them life and energy. She does so at no expense but to develop connections with the habitants. Though the other spirits have the main role at keeping the peace and purification of the forests, Saelihn plays an additional role by adhering to the voices of the forest and vegetation. Each little flower, tree and bush contains their own audible expression.

Though when the Great Decay had arrived, Saelihn was playing at the brightest parts of Luma Pools where she witnesses the slow deaths of the light fade from the land. In tears, she tried to save every last vegetation but to no avail, she could not do so.

The Decay is horrific; displaced many homes of many living species. Though in the midst of it all, Saelihn became to befriend Shriek, although friends seemed a little bit loose on what their relationship was. Shriek who cowers at the littlest of warmth and kindness given the abuse and bullying she went through as a young birdling to her disfigurement. Saelihn did her best to reaffirm that Shriek was much more than that, and never would bring up this wound.

It heavily hurt Saelihn that Shirek chose to be within the darkness, passing away within the wings of her parents, petriying along with them to stay united. She understood that sometimes people are too wounded to put their trust into others because of the fear of having it taken away. At least Saelihn could cherish the role of being the little bit of hope, along side Ori, to have given the kindness and unconditional support whenever Shriek sought to find it. She kept this resolve for other spirits, beings and creatures for whenever they'd have a hard time coping with life. No matter how close or distant, she wants to be the light in the darkness for them for whenever the seek it.