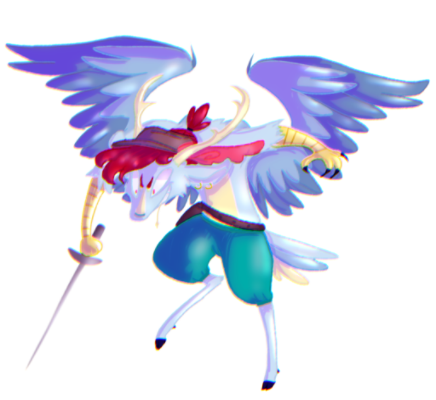 she/her pronouns!! Hey look it's another Homestuck OC B^))

Cap'n Holly is a peryton farmer gone rogue who's decided to live life as a pirate, although she's considerably nicer than a lot of pirates tend to be.
She used to farm pumpkins and squashes and still does sometimes!! 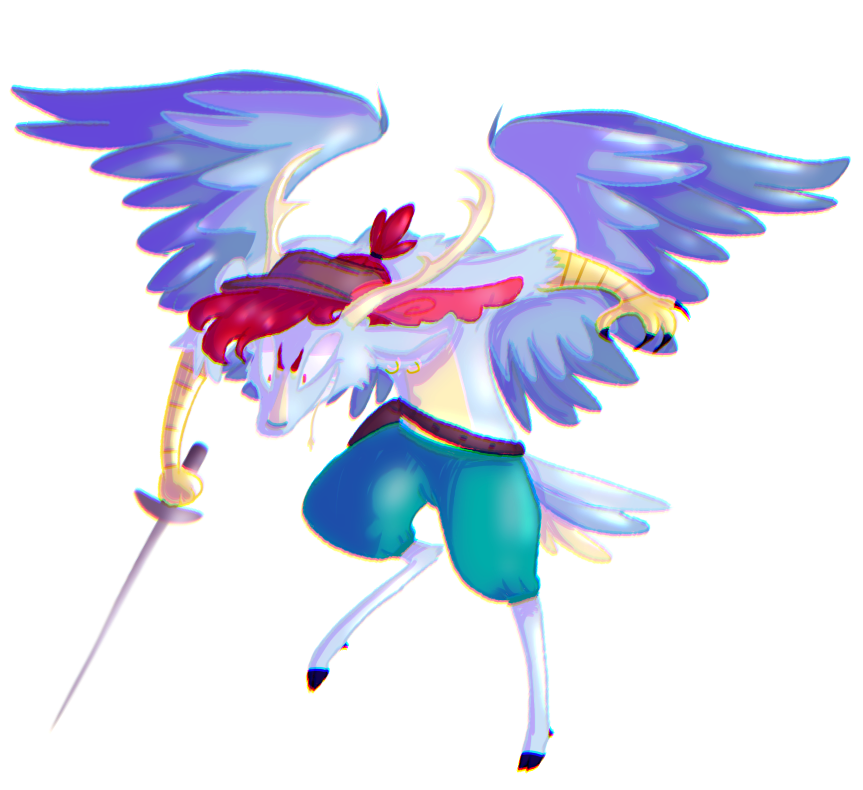 Aight now for the hs related description lmao this is seperate to the FV version so yeah, think if this as technically no canon here.

Name: Holley Skyrus
Blood caste: Violet
Quadrant: <> with Cowboy Rancho
Lusus: a big ol winged deer with glorious horns that appear to be made of some kind of ivory who goes by the name of Deer Dad
Typing quirk: "all lowercase with the occasional y'all thrown in, tends to sign off any of her messages with
-Cap'n"
Used to disguise herself as a lowblood to farm in peace; Cowboy Rancho was the only one who she trusted enough to see her undisguised. Eventually she got bored of trying to hide herself away and became a pirate, with Cowboy following alongside. 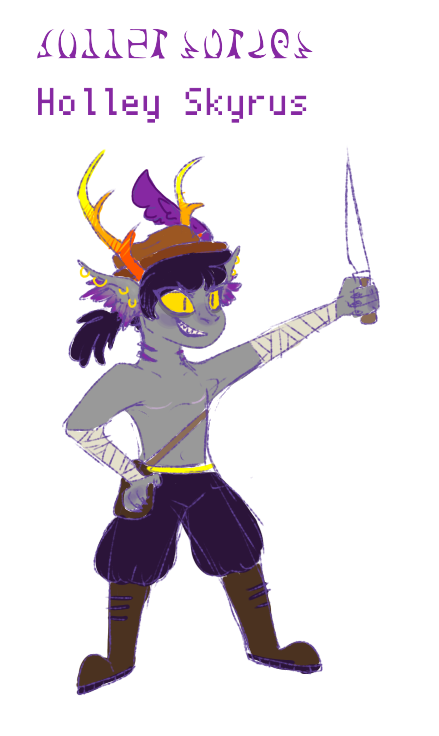