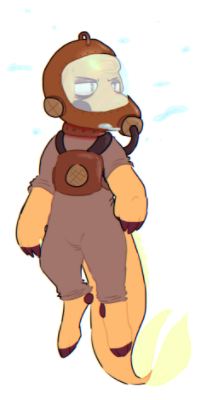 If one were to describe Trieste in a singular word they'd probably pick egotistical; he's quite self absorbed and confident in his abilities and intellect, and annoyingly has the skills to back up his claims.

Much like the vessel he's named after Trieste has an intense interest in the ocean and spends the majority of his time learning more about it and what mysteries it holds, as well as attempt to piece together whatever happened to his species to cause most of them to disappear overtime with the exception of a few such as himself.

He's not the best at making friends due to his unintentionally rude behaviours and that's ok with him, he'd rather spend his time doing something he enjoys regardless of how his peers feel.

The diving suit he wears is almost entirely for aesthetic, no matter how long he can hold his breath that doesn't change the fact he has lungs lol


Much to Trieste's annoyance an eccentric astronaut named Apollo 11 seems to have taken a liking to him. 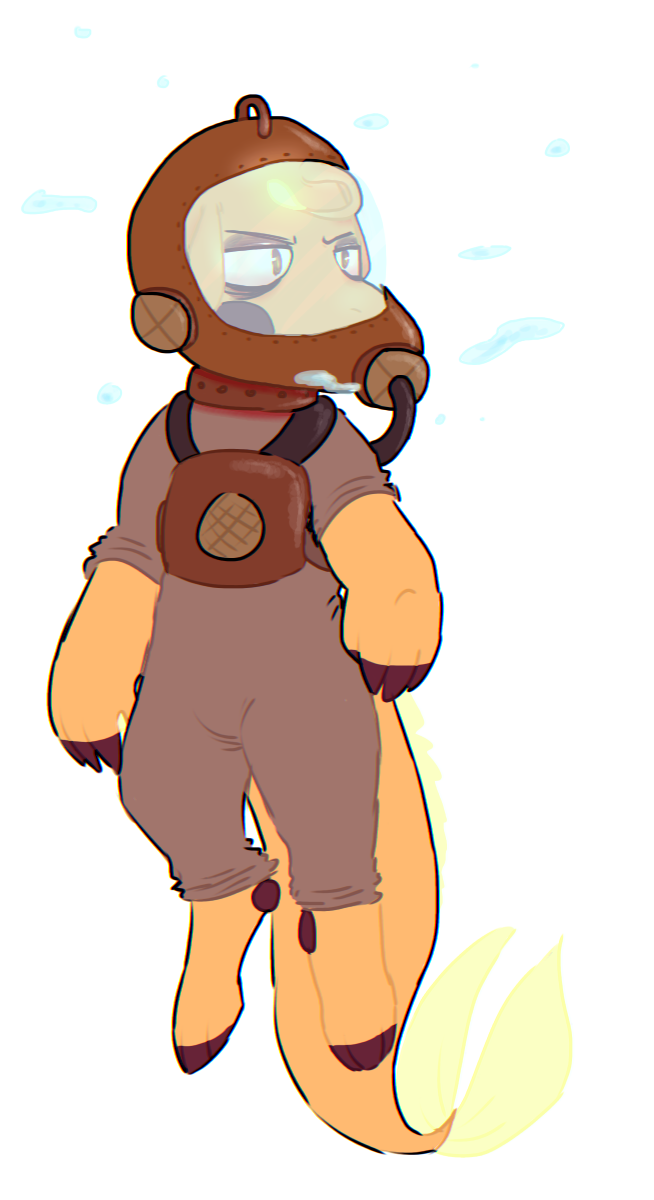