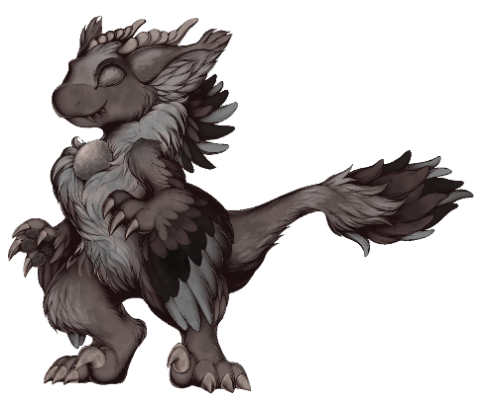 It may not be a "Gem"-raptor, but it just may be, as beauty is in the eye of the beholder.

Yeah, it's just a "stone"-raptor. Nothing else worth noting.

Wait, this isn't a horse!
...pigeons seem to be inclined to poop on it. A look of disgust seems to appear on its face when this happens.
Some say that if you look away from this "Gem" Raptor, it may change its position, or it will get closer to you.
Though it stays still as a stone, people say you could hear a faint voice emanating from it...you could almost make out what it's saying...it sounds like it's complimenting your looks.

Kabayo appreciates the comments it receives, but isn't able to directly reply to them. It may "respond" here.