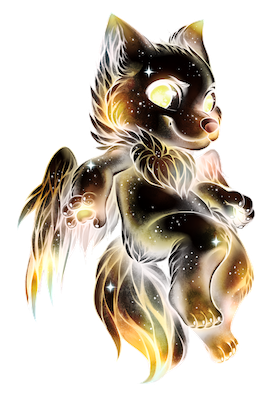 "If you can listen now to reason,
Then take the whispers to the heart.
Forget this cold and black consumption,
Forget this angel of the dark."

Illythana is a cat who specializes in hunting down those who refuse to do their duty. She claims to have slain lords, kings, and gods alike.

No one quite knows where she came from, as she won't say it herself, though she alludes to the idea that she's not quite from this world... Either way, her skills as a warrior are valued.

She is one for little talk, and doesn't speak much.

Illythana's paintie is loosely based on my Dark Souls character of the same name. I will have taken care to remove all Dark Souls-related elements from her design(s) before commissioning this paintie, as well as change some aspects of it.