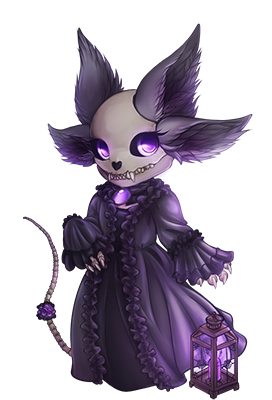 Amissa is either one who helps the lost, the wandering and the dead over to the other side or the one to kill them in the first place; it all depends on who you ask.

As a reaper Amissa is either death or a representative of, once again it depends on who you ask.

But despite her job she does manage to find free time and take breaks, letting others do her job for a brief moment. And during these breaks she will interact with the mortals, often in the form of a grey tabby cat. She has taken a few partners (She doesn't care about genders) and has even had a few kids, and she loves them all the same.

Personality wise she is rather cheerful, curious, happy, but not above sass and being snarky.