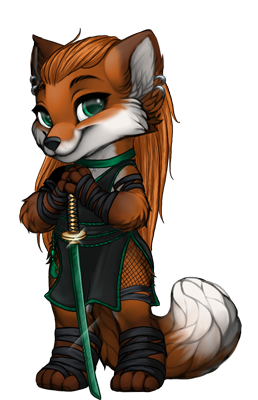 Parents: A petri dish and lab techs.
Siblings: A few created in the lab with her.
Love: Vinay (he's not on FV)
Offspring: none

Dislikes: Evil and injustice, spicy foods, people who think that she's having an affair with her Captain (that's not happening. Shut-up Ryder!)

Personality
On a typical day Jade is light-hearted, joking, friendly and mildly teasing. She's usually a bundle of energy and radiates self-confidence. When the time for play is over though her personality turns to serious as she becomes focused on the situation at hand relying on her years of training and skills to deadly efficiency. Those who have never seen her 'work' personality rarely realize that while she may typically seem playful there is something very trained and deadly compartmentalized under her demeanor.

She's very dedicated and loyal to her friends and the master that she serves (the Captain of the ship she joined).

Jade absolutely adores campy ninja jokes and terms, often boldly and blatantly talking about how she's a ninja and trying to act as if it's something from a silly 80s movie. (Even if her skills bring her closer to a spy or assassin then the ridiculous ninja jokes she adores.) 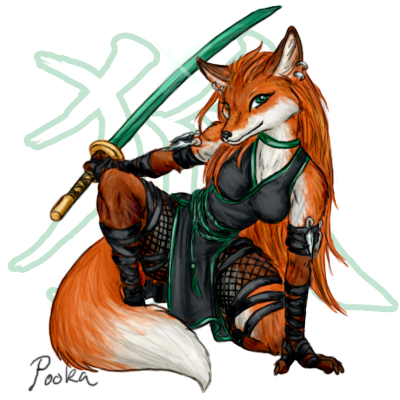