The Tourney
The Tourney is a semi-monthly warrior competition. You can find the Standard Tourney in the Town Hall dropdown menu. You can also click the shield and sword icons in the header to access the Tourneys. The primary purpose of the Tourneys is to earn Valor Points (VP) to spend in the Tourney Shop﻿.

There is also a Free-for-All Tourney﻿ which isn't actually a separate tourney from Standard, just a different PVP queue.  VP totals are tallied across both.

A new Tourney begins the 1st and 15th of every month.
When you first access the Tourney, it will prompt you to enter a warrior into both tourneys.
﻿

﻿
Keep in mind the following:
You can only select one villager per tournament. This choice cannot be undone, and the villager cannot be transferred during the tournament.
The Tourney is comprised of two parts: Player Versus Environment (PVE) and Player Versus Player (PVP). You do not need to participate in PVP to participate in the Tourney and vice versa. 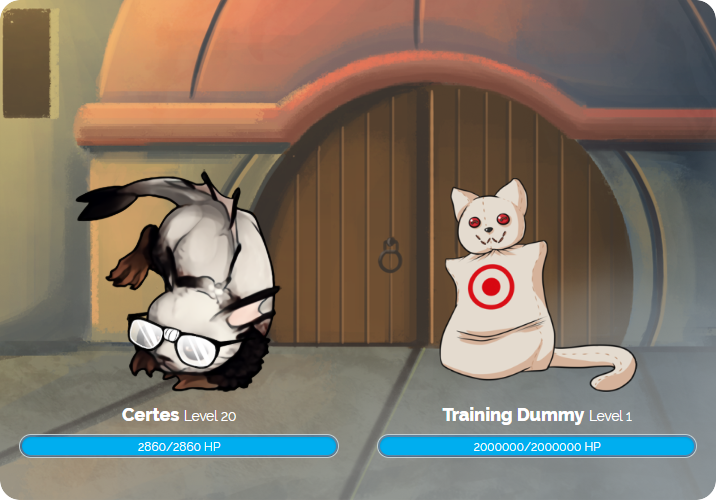 ﻿
PVE is fairly straightforward. You can earn up to 10,000 VP in one Tourney from PVE. Just continue with battling as usual in the battlefields, and you will receive 5 Valor Points every time you win against a monster. You will not receive any VP for losing or fleeing. 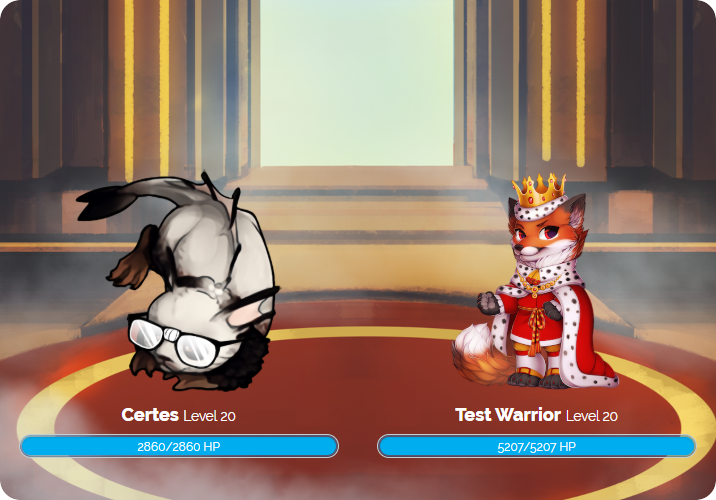 ﻿
PVP is slightly more complicated. There are two different ways to PVP: Standard and Free-for-All. The Standard Tourney is meant to be easier. All equipment is set to 100% potency, and certain items are banned.

You can earn up to 10,000 VP in one Tourney from PVP. Again, this is tallied across both Standard and Free-for-All.

﻿﻿
The queue matches warriors together to face off in battle against each other. There are two queues for each Tourney (four total): one for warriors under level 10, and another for warriors over level 10.

You can tell if there's someone else in queue from the shield and sword icons in the header bar. This can be disabled in the User Settings.

If there are multiple people in the same queue, it will match users based on the Elo rating system.
Both warriors are automatically healed to full health after each duel, except for warriors who flee.

Note that warriors with the following afflictions will not automatically have their respective status effects in PVP.

﻿
The results pages contain village totals, your Valor Point totals, and the leaderboard. The village totals have no impact or bearing on any gameplay and are just for fun to see how the villages compare.

The leaderboard ranks all warriors who have completed at least 10 duels.
It displays the villager, user, highest rating, current Elo, and duel count.

Warriors are ordered by their highest rating.
Highest rating is defined as the maximum Elo score minus 1,000 a warrior has held during the Tourney or 0, whichever is higher. If warriors share the same highest ranking, they are then ordered chronologically by who reached that ranking first.

Leaderboard ranking no longer has any bearing on reward. During the first Jousting Tournament, the top 10 warriors received a Golden Lance﻿ for their accomplishments.

﻿
At the end of each Tourney, users may redeem a participation prize from the both Tourneys (Standard and Free-for-All). Warriors must complete at least 10 duels to receive this prize. The bag contains some number of a random reagent used to create equipment or upgraders.