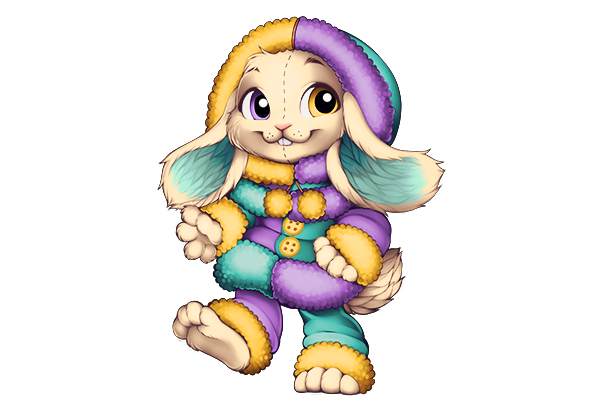 Bunnston is a plushie bunny that will fallow Volt anywhere. The two do everything together! Even go out adventuring, which can sometimes be dangerous. But if it gets too bad he'll just hide behind Volt.

He is very quiet and shy, and only really opens up to Volt and his friends, so sometimes its hard for others to know what he wants.

Bunnston was brought to life by some very strange magic by Volt, who in his young age just wanted a perfect friend. They've been inseparable ever since. Its not common to see the two apart. If you happen across a Bunnston without his Volt, something is wrong.

He loves playing games with his friends, helping where he can, and his favorite thing in the world is drinking with Volt on Friday nights.

His full name, given to him by Volt when he was a mere doll, is Sir Bunnston Carrotsworth.