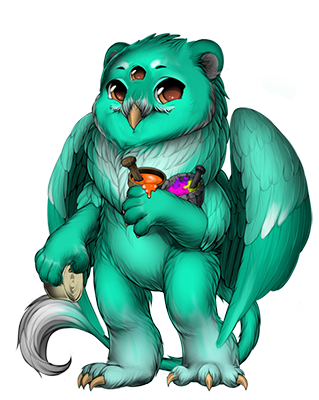 Not much is known about her past. Averire moved from Quetzal Palace to Olde Foxbury a few years ago, for reasons she keeps for herself.

She is a skilled carpenter who loves her job and gladly repairs stuff for her neighbours. Mostly for meals because she can't cook to save her life. She's also bad at naming her pets.

Averire has recently been spotted carrying around a backpack full of medicines. Asked about it, she'll tell you, she's just making deliveries for Lyriel to earn some extra coins. Although some mean people whisper, she keeps most of the medicines for herself because she can't pick up a hammer without getting sick, lately.

The truth? Who knows. Maybe the grumpy doc has even decided to take an apprentice.
But could someone, who can't even cook a simple meal, really prepare something as delicate as medicine?
Would you still use the medicines, she's carrying around knowing she made them herself?