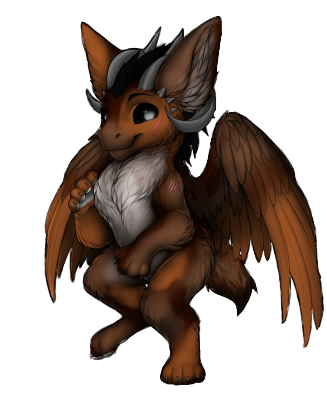 Mulch no longer has a house! They will be unable to work. Please replace the house or move Mulch into a FC slot.

A big, lazy grump who does little else than sunbathe and eat. He's extremely overprotective of his property and everything he loves or owns. Mulch is hard to get close to, and communicates mostly through growls and grunts. He can be aggressive, and won't hesitate to fight anyone he thinks possesses a threat.
He used to have a human companion. The two were really close, and she was probably the only individual he ever truly bonded with. Sadly, she was killed by a wild beast while the two were out exploring. Mulch had tried to save her, but ended up losing the battle. The scars on his face and shoulder are a result of the fight.