Harper is infected with Vampirism. Symptoms include craving blood, sensitivity to sunlight, an allergy to garlic, and changing into a bat after especially forceful sneezes. If they start to sparkle, immediately consume a Golden Apple to cure the infection. 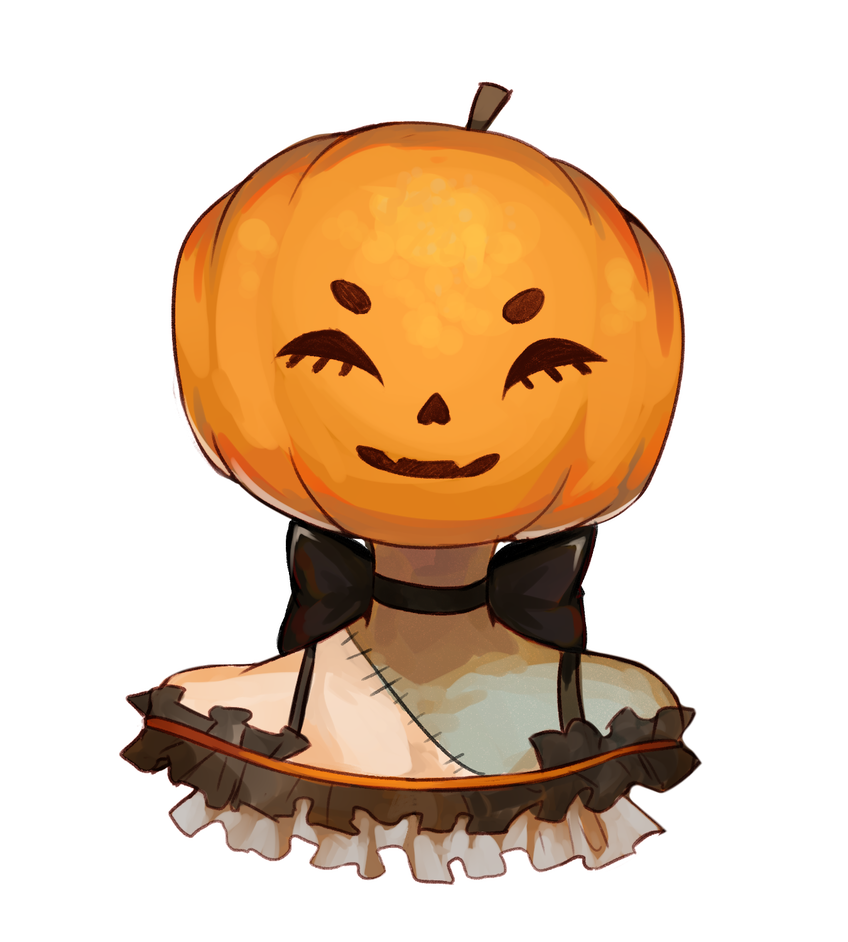 A rather sleepy girl Harper is. She is easily embarrassed, who also tends to get anxiety. She adores animals, but some tend to love her head more so then her. She has a talent for drawing although she doesn't fully believe in her art skills. She doesn't remember her past much, nor who she is. She only knows she woke up in the forest, with her in a stitched together body without a head. Looking for the closest thing around she grabbed a pumpkin. She is still trying to find out more about her, and why she keeps having these visions. Is easily startled due to the visions and she tries to fight back, but once she realizes she is alright she apologizes quickly.