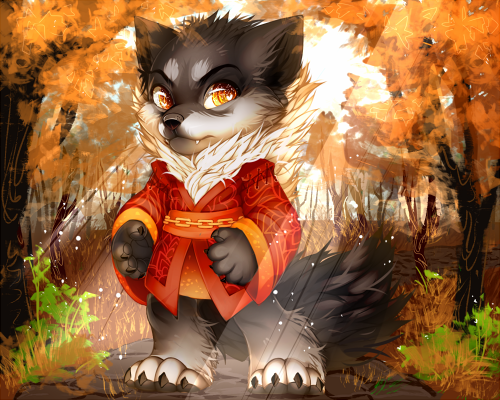 Dunda is the son of an unremarkable and unremembered soldier who died before he was born, and a scullery maid who died birthing him. Fortunately for the squalling infant, one of the older warriors took pity and brought him home, thinking perhaps, of his own children who had lost their lives in battle as well.

Quayshen raised the boy well, teaching him how to survive under the rule of the local warlord, an iron-fisted tyrant with little patience and a big temper named Dalish. Dun never saw the lord, not even when he was training with the other child-soldiers, though on occasion he had met Dalish's son, an arrogant, aloof princeling who often trained by himself in the inner courtyards for hours.

As Dalish fell further into his savage madness, his violence became unpredictable, and he had Quay— a good, honorable man— brutally killed for an imagined slight. He very nearly killed Dun as well, but for reasons all his own, Taisha intervened and delicately managed to talk his father down, Dun kept his life, but he still bears the scars of the punishment he endured that night.