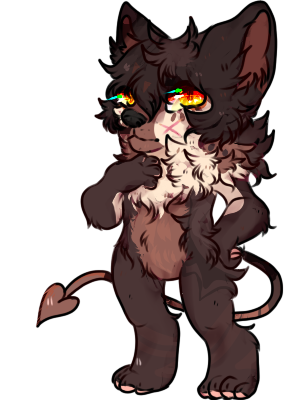 Asa is infected with Zombipathy. Eating brains relieves symptoms for a time, but comes with memories of the brain's former life. Your doctor recommends adding hot sauce for extra flavor, but a Golden Apple a day will send the Zombipathy away.

Asa is a bodyguard often stationed between the royal council those who would attempt to overhear their musings. This, however, does not mean he doesn't muse himself by listening in from time to time.

He's more of a silent, stoic type, preferring to let his actions speak more than his words.
One could say he's much more of a listener than a talker.

Above by Kingston! <3
Painter made by the wonderful yaje !