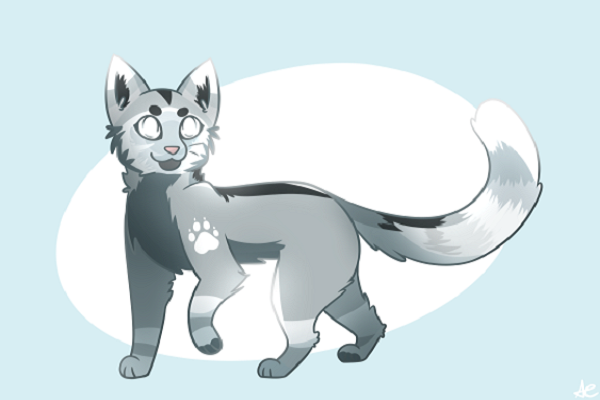 Flicker has fallen ill with Feather Rot. Number of explorations per hour is halved. This illness can be cured with Feathering Lotion.

Flicker, Tanner, and Leaf: Flicker was the medicine cat of Featherclan, she fell in love with another she-cat which was banned in Featherclan, fiercest of the four clans. The leader, Bonestar, killed her lover, Jumpingriver as punishment for their forbidden love. Flicker was exiled instead of killed because of her important rank and the punishment Bonestar believed he would go through if he killed a medicine cat. Flicker was shaken, she wintered through the forest for about three days when she took shelter under a bush. Tanner, a beautiful she-cat found her and offered to give her shelter, Tanner was a loner. She lived with a cat named Brackenclaw, who left soon after because of his distrust with Flicker. Tanner was in love with Leaf, the deputy of Hiddenclan, Leaf was an evil cat but every cat refused to believe so. Flicker and Tanner fell in love but when Leaf found out, he was furious. One night Leaf decided to take "revenge" against Flicker for stealing his love. Leaf had become Leafstar but Flicker didn't know. Leaf snuck into their base and attacked them, he under estimated Flicker and she took one of his lives, she turned away not realizing he was still alive. Leaf attacked Flicker and blinded her, taking Tanner with him. To this day, Flicker still has hope she will find Tanner.
Stunning art by an amazing artist atilla