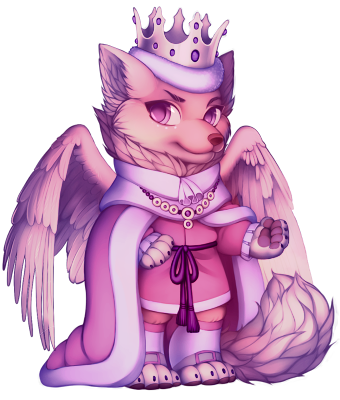 Oneiroi no longer has a house! They will be unable to work. Please replace the house or move Oneiroi into a FC slot.

GREEDY | DOMINEERING | SELFISH
Not much is known about Oneiroi's past-- but many have drawn conclusions based on hir behavior. Some say xe's been hardened by time, that xe's the victim of something horrible that made hir act the way xe does now.

Whatever the reasoning people choose to believe, it's as valid as anything until xe finally explains hirself-- not that that will ever happen.

Roi is a very off-putting person-- xe's harsh and vulgar, and xe won't hesitate in hurting someone in one way or another. However, xe may act more civil if they had something xe wanted... Or if xe found them tolerable.

The wings are freebies by qrowls !