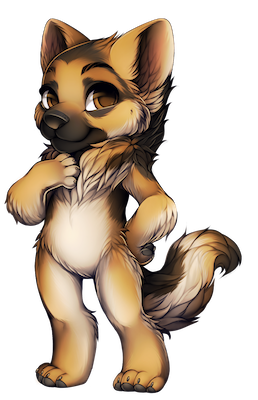 Jack no longer has a house! They will be unable to work. Please replace the house or move Jack into a FC slot.

Having been abandoned in the streets after he was of no more use, he wandered aimlessly, until Cardinal set her eye upon him. She took him in and waited until he rested enough, and told him if he would like to be Crafter. He happily agreed, and so he became one.

Seeing a very slow traffic in that career, Jack decided to take on more careers! Seeing as tokens come from monsters, he became a blacksmith, to help the Warrior in the family.

As it turns out, this was also quite boring, and so he alternated between various careers.