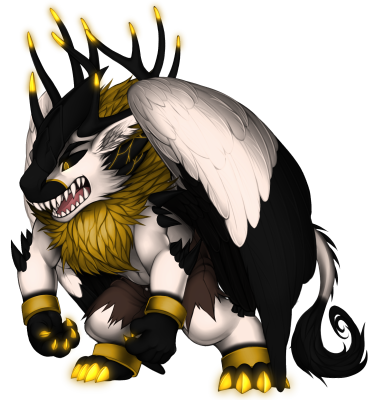 Personality: Mordecai is a gentle giant, so much so that he has never even killed an animal for food. Though he understands others would find his large size, and the fact he is a weredragon, unnerving, if not terrifying, he tries hard to show others he is not as beastly as his appearance. He would rather put his size and strength to use helping others, if he can. But never in a violent way.

Backstory:
The first thing Mordecai remembers is being alone. Whether something had happened to his parents, or whether they had just abandoned him, he had no clue. There was no signs or evidence of anything that could explain why he was alone in the middle of a forest.

From that point onward, Mordecai had to learn to fend for himself. He observed whatever wild animals he came upon, watching them to see what was possibly edible and what wasn't. He scavenged what meat he could, too scared and naive to attempt to hunt the wild animals he observed, even when he witnessed multiple times predators killing prey.

It wasn't until a number of years later that he eventually stumbled upon civilization, finding himself on the outskirts of Dragonsmaw Manor. Despite his curiosity, the atmosphere of the place made him too nervous and he kept his distance for a time, observing from the cover of trees. Eventually, he found some courage and left the safety of the forest to explore. He was surprised to find beings similar to him, not knowing that they were Weredragons just like him, yet not quite the same. Most had the usual dragon-y wings that dragons, regular and beast, were known for, and horns adorning their heads. Mordecai's wings were feathered and had antlers where the main pair of horns should of been.

Despite his uniqueness, he was welcomed by the people of Dragonsmaw Manor. A few even took pity on him and helped him learn to speak, read and write; it was a challenge for him at first, but those teaching him were patient.

By the time he was a young adult, he was practically 'normal' by Villagers' standards. He had even been putting his unusually large size to use as a construction worker (for he was still too much of a gentle giant to be a warrior). Yet, Mordecai was beginning to feel he did not quite belong in Dragonsmaw Manor, not quite 'fitting' the overall theme and feel of the place. After much thought, Mordecai decided to leave and try to find the other villages he had been taught about.

Several years later, he had found two of the other villages, Tigerseye Peak and Olde Foxbury, but neither felt right for him. Feeling a little dejected at not having a true home, he had been hoping by a pond when a wandering warrior & blacksmith found him. She had seen Weredragons, but not one quite like this. He was at least twice her size (and she was already taller than most big cats). She greeted him, introducing herself as Brienne. The two spoke for a while, and eventually Mordecai explained to her that he was trying to find where he belonged. Learning he had already been to three villages, she suggested he come with her back to Quetzal Palace where she lived. Though unconvinced, he agreed to go with her.

It is a decision he hasn't regretted since. When he arrived in the little neighborhood Brienne lived in, he was awed by Quetzal Palace's beauty. And then he met the others Brienne lived with, an energetic and cheerful DAD called Hallowhazard and their Herbalist and Doctor, Robyn the Tegu. Brienne also mentioned a Snowy Owl Gryphon called Albion, a blind Monk Nomad who often passed through and gave them whatever supplies and materials he had found during his travels. It didn't take him long at all to feel right at home with the little community, putting his construction skills to use building himself a home. Brienne has since become his greatest friend and often visits her at her Blacksmith workshop (whenever she isn't out fighting monsters as a warrior). 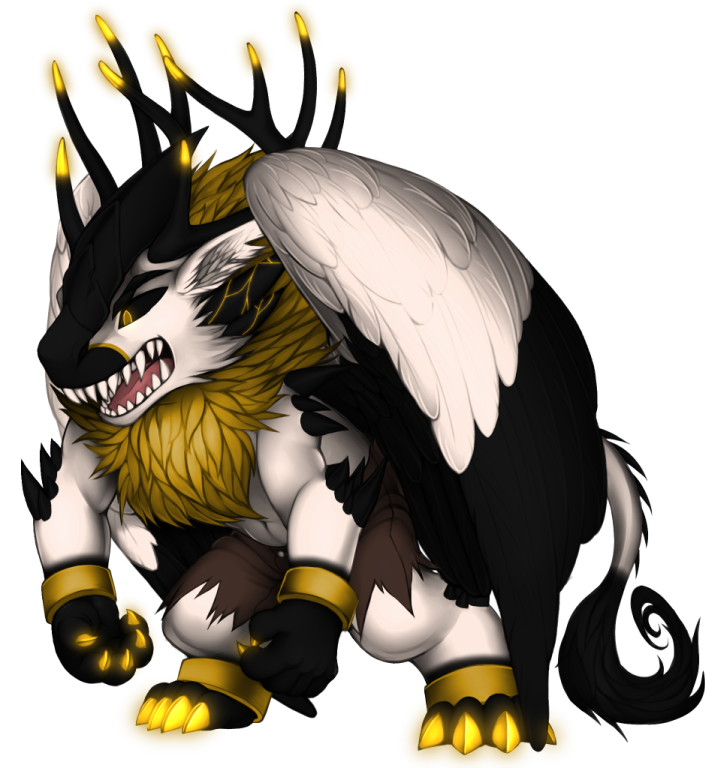