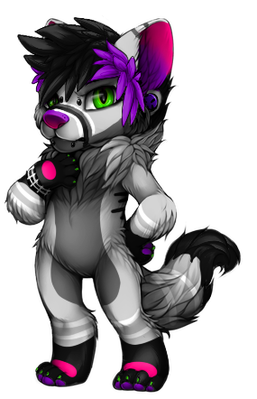 Tags: canine maned wolf not sure who artist is if you know please tell me

Torr is somewhat of a lone wolf, though he's come to trust two others--Otis and Manerus. He's pretty emotive non-verbally, but he's come to get good at that, and sign language--a permanent stutter affects his speech, and it's something he's grown to despise. Not that he's ever had reason to hate it--it's not as if he tries to act cool or anything--but it's just tiresome after a while, when it takes 5 minutes to say just a few sentences. Maybe it's social anxiety, but even around his friends, he still stammers and stutters. They don't seem to mind, and encourage him to speak up more often, something that he gladly does.

He is proud, but has a tendency to be reserved, and when he does speak, tries to not mince any words or beat around the bush. Straightforward and honest, he's certainly likable.

<Adopted wanderer--will work on a bio unless the original owner asks for this fella back!!! Also, don't know the original artist :C )