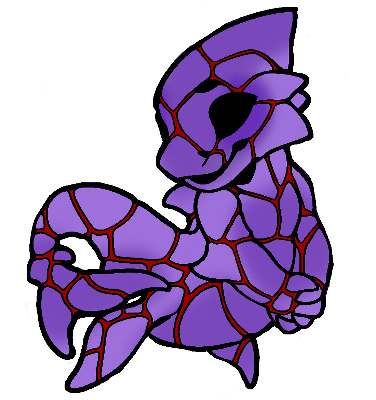 They seem to be mute, no one has ever heard it speak before, just the sound of the ocean whenever it's near. They try to communicate through words and drawings, carrying an old tattered book with them to scribble in.

No one is sure about their appearance either, what looks like cracks covering their body being surprisingly symmetrical, maybe they were born that way. They don't seem to be in pain at least, but it's still somewhat unsettling to the eye.

They seem docile despite their appearance, but due to that most are wary to talk to them. However, they also seem fine being by themselves as well and take no offense to people avoiding them