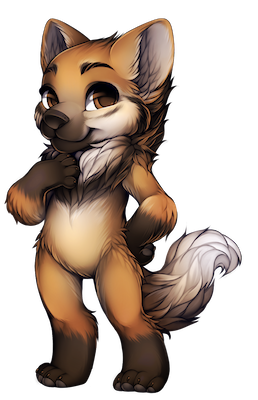 Has the ability to summon one of the elemental spirits that he made a contract with and fuze with them. The power of his magic is enhance by the silver heartshaped pendant that he carries with him. The pendant is a type of grimoire that enhances summoning/celestial magic.

He is from another world. His mother had to leave him in another world to protect him from something. I dont know why yet though she did leave a strange book with him which Eska keeps hidden untill she knows that he is ready to know the truth.

(I was influenced by the seraphim concept in Tales of Zestiria when I was deciding on what magic this character will have.)