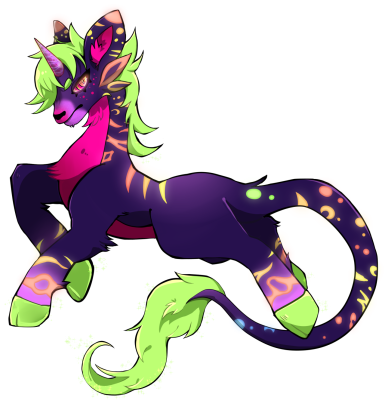 Marina is infected with Vampirism. Symptoms include craving blood, sensitivity to sunlight, an allergy to garlic, and changing into a bat after especially forceful sneezes. If they start to sparkle, immediately consume a Golden Apple to cure the infection.

Marina, the city spirit who lives with the neon lights.
They had only been seen once when saving a kid who was almost hit by a drunk driver. After that they disappeared into the dark alleys and became an urban legend.
They are a bit annoyed with children calling them " the Glow Stick Pony Princess",
but they still keep kids safe in the dark.

The roads in the cities aren't really designed for hooves though, so Marina made herself special rubber shoses. (And they're starting to have a collection of them)

Marina prefers to goes by they/them. 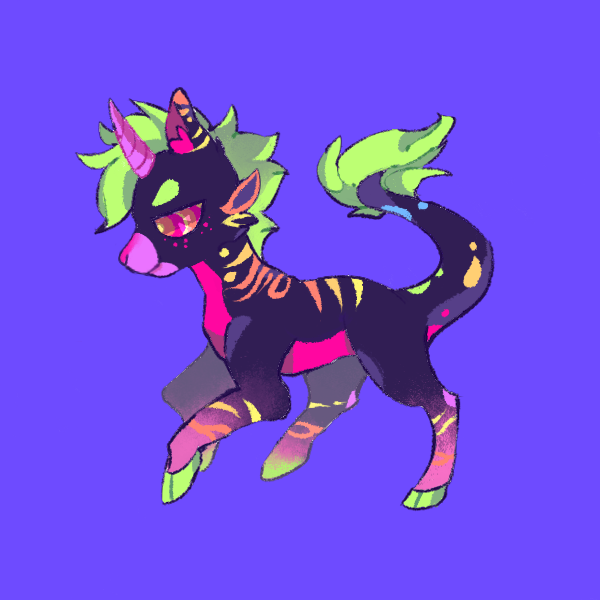