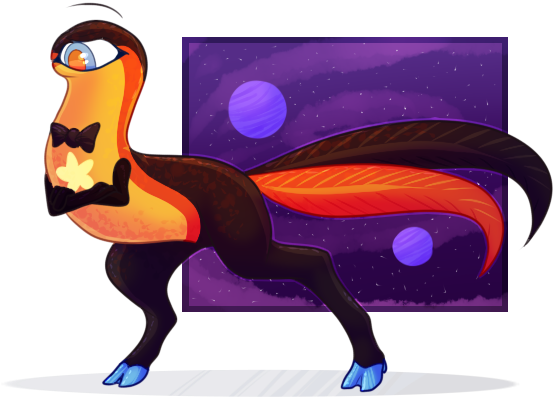 Russel no longer has a house! They will be unable to work. Please replace the house or move Russel into a FC slot.

"Don't ever do that again..."
He/him | Unspecified Species | Warrior

My secondary fursona, Russel - the second half to Fizz to complete my personality, per say.

Russel is a serious, no-nonsense creature who strives for perfection and order. Having the universe to attend to is a difficult task, and weighs heavily on his soul. He keeps his own desires and emotions in check, always repressing them into himself, and it can make him a rather unstable and sometimes even dangerous creature. His almost unlimited power in the universe is also something he is constantly concealing from himself, as to not allow his own selfish thoughts to devour him. To anyone who knows him, he seems stoic and distant, as well as cold and even dangerous at times. Inwardly, however, he fears his designated job is too impossible for him to keep, and he is afraid he will snap at any moment.