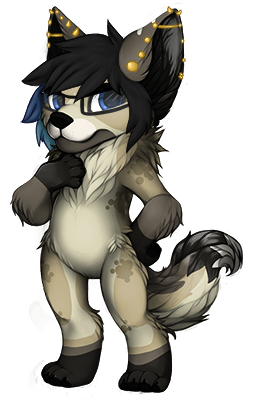 Satoshi is a dog who is extremely intelligent, has several types of synesthesia, and is a pupular pup singer (he goes by Ato on stage). He thinks very highly of himself, and he will often be a jerk to others who he deems to be "lesser" than he his. However, inside that cold outer shell there is a person who cares about others, he just don't show it well. He usually looks bored or annoyed, and he almost always has his earbuds in. He listens to cutesy music and pop (usually stuff sung by Vocaloids lol), although if he is asked about his music he will always say he is listening to death metal.
He loves to learn, and he constantly reads when he's not making music. Learning and music are his life.

This nerd is also my fursona. <3 He's everything that I wish I could be.