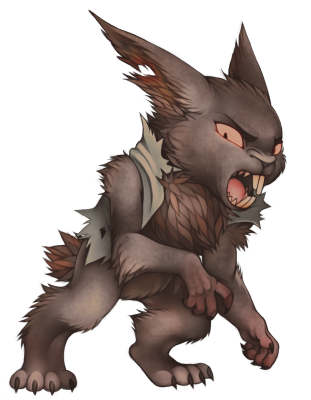 Doppio no longer has a house! They will be unable to work. Please replace the house or move Doppio into a FC slot.

The mate of Espresso and father of Mocha, Doppio is the strongest of the Coffee Buns, as well as the most aggressive.

When the Coffee Buns first came to Dragon's Maw Manor, Doppio spent the majority of his time fighting his way to lead them to safety. When they came across the Liquor Beasts, it was with Espresso's guidance she was able to explain the situation to them without any party coming to harm.

Doppio is extremely protective of his family, and very competitive with the Liquor Beasts. He holds a rivalry with Vodka, the leader of the Liquor Beasts, and is often mocked for his temper.