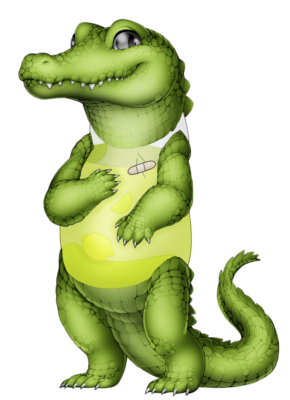 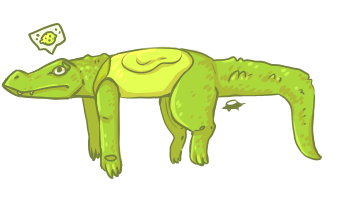 Lemon is a lemonade alligator. He is literally an alligator with a turso made of glass and filled with lemonade.

Personality:
Originally a coward Lemon use to always be afraid of his glass breaking or people trying to break him to get at is sweet lemony insides. In time though he grew a much tougher exterior to defend himself from others. By looking tough and talking big he thinks he can frighten the world away from hurting him.

Furvilla:
When asked to join on the Furvilla expedition Lemon was shocked! Rarely is he invited into such important matters. Once on the other side of the rift in Dragonmaw was presented with a list of careers, things he could do to assist his expedition mates. He chose blacksmith and has found that he loves the job. Now able to create weapons to fend off those who may break him and armor to protect his shatterable body his fear levels have decreased.