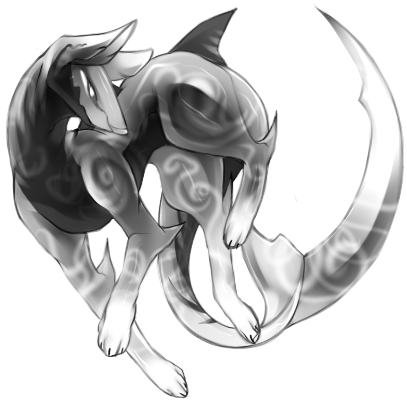 STYX
"It is said that the dead do not show fear, only remorse for what has been left undone in their lives"

Styx was named after the Greek river of the dead, after having entered the afterlife as a stillborn from a litter of Phantom Haikatts. He was taken in by Hades himself, the god of the dead and the protector of souls. Alongside Cerberus, Styx was destined to keep evil from the river that shared his mythical name. He grew as a spirit, and as he did Hades gave him the responsibility of watching over the Underworld. However, unlike Cerberus, the three headed dog, Styx was to keep unwanted presences that got past the hound away from the mystical shores. This for the protection of the Underworld and any who strayed, as spirits can easily become angered when their resting place is disturbed by the living, or the godly like Zeus or even Persephone, Hades' own wife.

Because of his kind's aquatic nature, Styx lives within the spiritual mists that make up the 'water' of the one of the rivers flowing through the Underworld. At times he would venture into the other rivers, Phlegethon, Acheron, Lethe, and Cocytus to make sure no one had ventured too far into the spiritual swamps that made up the land of the dead. His colorations allow him to blend in with the mist and the souls as to not be detected easily, and only the sight of his shark like dorsal sends most running, or even sometimes howling back to whence they came.

There are times, however, that Styx does venture into the world of the living. Despite never having known his family, he enjoys watching the living go about their daily lives. The only downside to this is that he may never achieve physical form. Hades, though values his curiosity, does not wish to create a form for Styx to be able to wander the living world above in fear he may get stuck or worse. There have been many legends of gods and demigods no longer being immortal after having spent too much time within the living realm, and it would be unwise for Styx to want that for himself.

Though he understands this, he wishes dearly that he could, at least for one day, step out of his gloomy rivers and into the bright sunshine and for the first time actually be able to feel whatever the light brings to actual living flesh. 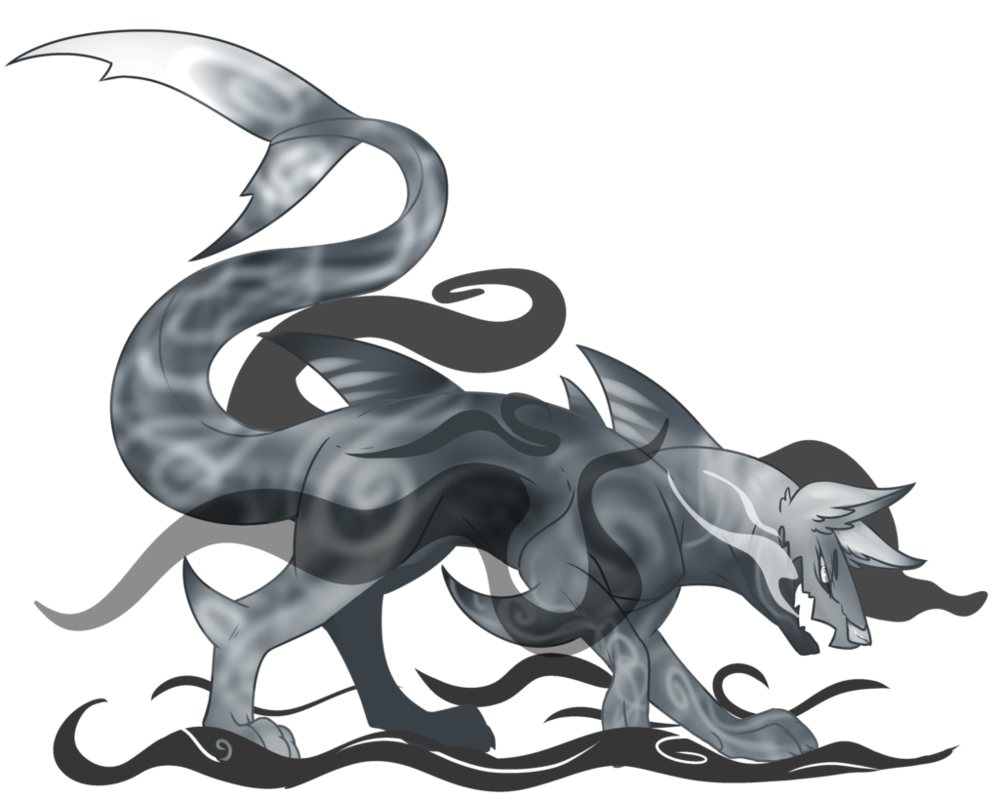