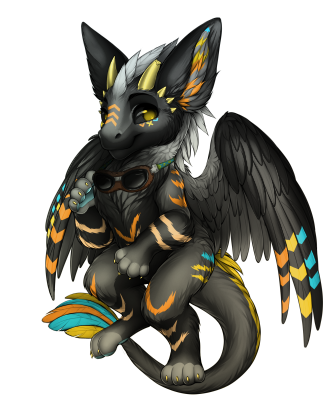 Detonator insists that she's over her scene phase, but is all too aware of the inescapability of her emo years and their remnants. Her screen name, which she's unable to change, still reads as xXf4bul0us--k1llj0yXx, and is nearly impossible for the untrained eye to read, let alone retype. She gets excited every time she hears a single G note; she has horrible flashbacks every time she hears the word rawr. Hell, she was fucking there when MCR broke up, and still isn't over it. Despite all of this and her easily scene-passing markings, she's doing her best to reinvent herself. Just don't ask about the eleven valid Hot Cash vouchers in her wallet. She's saving up for something that's absolutely not emo.