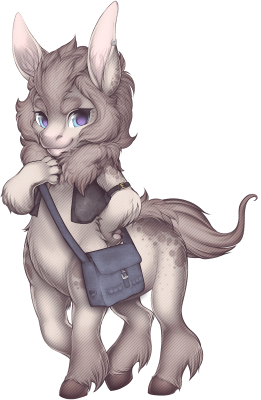 | Bio |
Much is unknown of Varg, he keeps his past locked tight and no one really knows about it. What is known of him is that, he was found collapsed by the road going into Quetzal Palace by young Wendy, when she went out exploring the area.

The story as one says is that... Wendy was out, gathering materials for her mother (Sacnite) when she found Varg. He was chilled to the bone, shaking, and shivering. The child did what she could and dragged him to her mother to get him fixed. It took several hours to figure out what was wrong with him for her mother had never seen a condition like his in Quetzal. Only realizing what the symptoms were from a friend of Anok's that was visiting.

It took a long time before he came to but when he did, he was mostly silent. Not a peep or a word slipped from his lips. His eyes narrowing as he looked at his paws.

"... Where am I?" He finally spoken one day when Sacnite tended to his sheets. The dragon then explained to him, that he was in the Rose Red Inn and that her daughter had found him, nearly dead.

"... Why are you being nice to me?" The dragon was taken back by these words he spoke next, baffled. "I know not of your origins, however, it is unbecoming of me or my daughter if we left someone in need to die." Sacnite spoke to him in which he was quiet for a while before saying "Thank you."

Overtime as he got better and started walking around, he asked Sacnite to change him to make him different. When asked why for such a drastic change, he failed to really answer her. Just saying he didn't want to be a wolf so much any more but she refused.

As an act of retaliation, he found himself a Saggitari Potion and chugged it. The change was new and different and he liked it however... The changing aspect was drastic as well. He had suddenly gained two new limbs and in short, wasn't able to walk around without falling over and ended up getting scolded by Sacnite.

Since then he's been keeping to himself, learning potions from Sacnite and helping tend animals with Anok.

| Personality |
Varg is a very quiet individual and mostly keeps to himself. His handle on those around him is considered chill and/or aloof… Making him hard to approach. This also relates to how, He tends to avoid large groups of people and unsavory conversations. Though it’s not fully known what had happened to him before he came to Red Rose Inn, Varg has a noticeable irritation around those from Tigereye Peak… To a point that, he sometimes lose his composure and snap at the person without reason. He is apologetic afterwards and leaves the area rather quickly to be by himself.

His kind side seems to shine only around those he really cares about, which is a few selected people that he is barely open with but comfortable to be around.