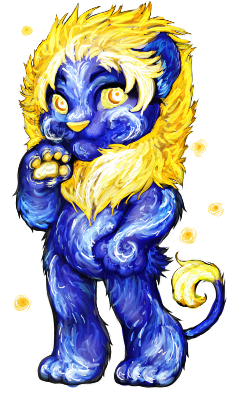 a security guard in some little art museum, Vangogh is constantly told that he reminds patrons of a certain art style... but Vangogh doesn't really see it.

he loves the work of Frida Meowlo, and when he's not politely yet firmly asking little children not to wipe their boogers on the $40,000 paintings, he likes to raise tadpoles and garden. sometimes there's a snail named lil bud that he sings to.

Vangogh is afraid of the dark, but loves the stars too much to stay away.
he dreams of being part of the night sky one day.